What Happens to Corn After It’s Harvested?

Corn is a staple crop across the world, used for food ingredients, animal feed, ethanol and a wide range of other uses. But field corn, especially the field corn grown across Nebraska, typically goes through a few additional steps. For human use, there are several important processes during and after harvesting that help decide where the corn may end up. It could be on your plate, in your cereal bowl or even in your car!

During the harvest, the first step that happens is large machines called combines move down the rows of corn, cutting plants down at the base and pulling them towards the center of the combine. A grinding component known as a threshing drum separates the kernels from the husk and cob. While the kernels are sent to the hopper towards the rear of the combine, the husk and cob are chopped into smaller pieces before being expelled back onto the ground.

Leaving these materials in the field helps provide organic matter and extra nutrients for the soil. In some cases, some farmers don’t plow their fields. Instead, they put their livestock such as cattle in the field to eat the remaining plants throughout the winter months because of their nutritional value.

There are several places the corn will be sent: 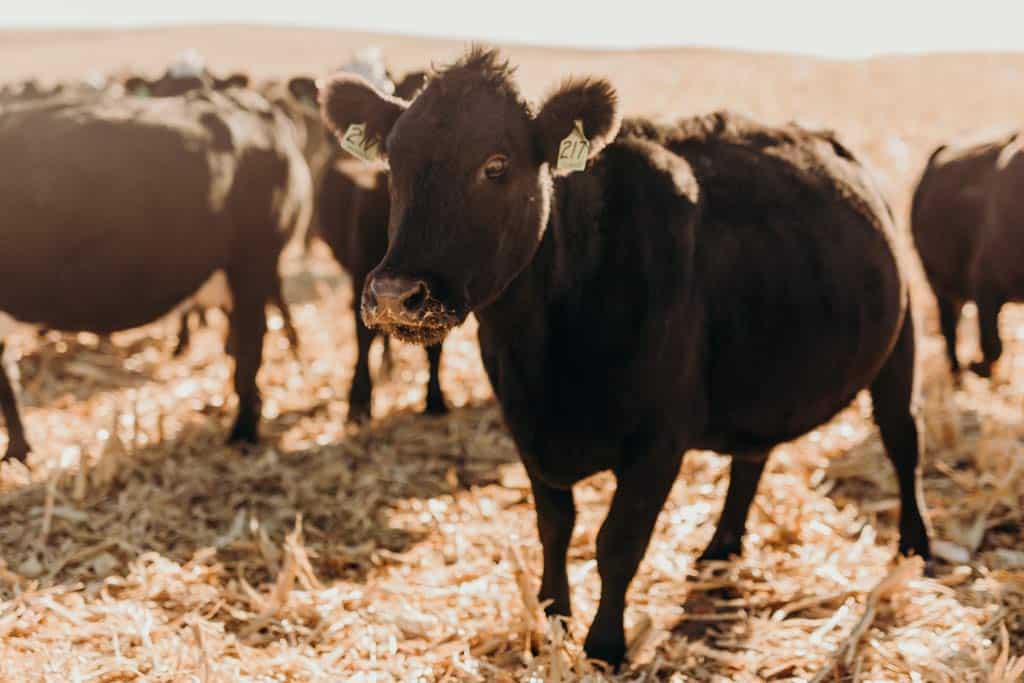 CORN TYPE and market price DETERMINES WHAT HAPPEns after harvest

There are different factors that play a role in where corn ends up after it is harvested. One of the most important is the type of corn that is being harvested. Field corn, the bulk of the corn grown in the U.S., is a hardy species ideal for feeding livestock and ethanol production. It can also be added to a staggering array of food products like cornstarch or corn syrup.

The current market price may also influence where corn ends up after harvest. Some farmers choose to store their corn until the price rises and then sell it. Once ready to be sold, corn is usually shipped in large trucks or in containers on trains as it heads to its final destination. The corn is then either used right away or stored again until it is needed. A third factor is moisture content. Corn with high moisture content may need to be stored in an airtight silo to prevent spoilage. Cooler weather and lower moisture extend the time it can be safely stored.

How Grain Cleaners Work to Get Corn Ready for CONSUMPTION

When field corn meets specific quality standards, it may be considered food-grade and fit for human consumption, which are often white corn. These kernels need a high starch content and test weight as well as low moisture and minimal stress cracks.

The kernels are cleaned and sorted by size using another process called “scalping.” First, a grain cleaner shakes the corn to remove any dirt or debris. Then, a series of screens sorts the corn by kernel size. Kernels that are too small or damaged are removed and set aside for animal feed while the larger, healthier kernels move on to the next step in the process, grit removal.

During grit removal, the corn kernels are cleaned and sorted again to remove any small pieces of cob or other debris that may have been missed during scalping. The corn is passed through a series of screens and air blowers that remove the smaller pieces. What’s left is a corn kernel that is clean, whole and ready to be used in a variety of food products.

The next time you’re enjoying a delicious recipe with corn or filling up your gas tank with an ethanol blend, take a moment to think about all the steps that had to happen to get that corn from the field to your plate or car! It’s an amazing process happening right here in Nebraska, and farmers have a vital part to play.